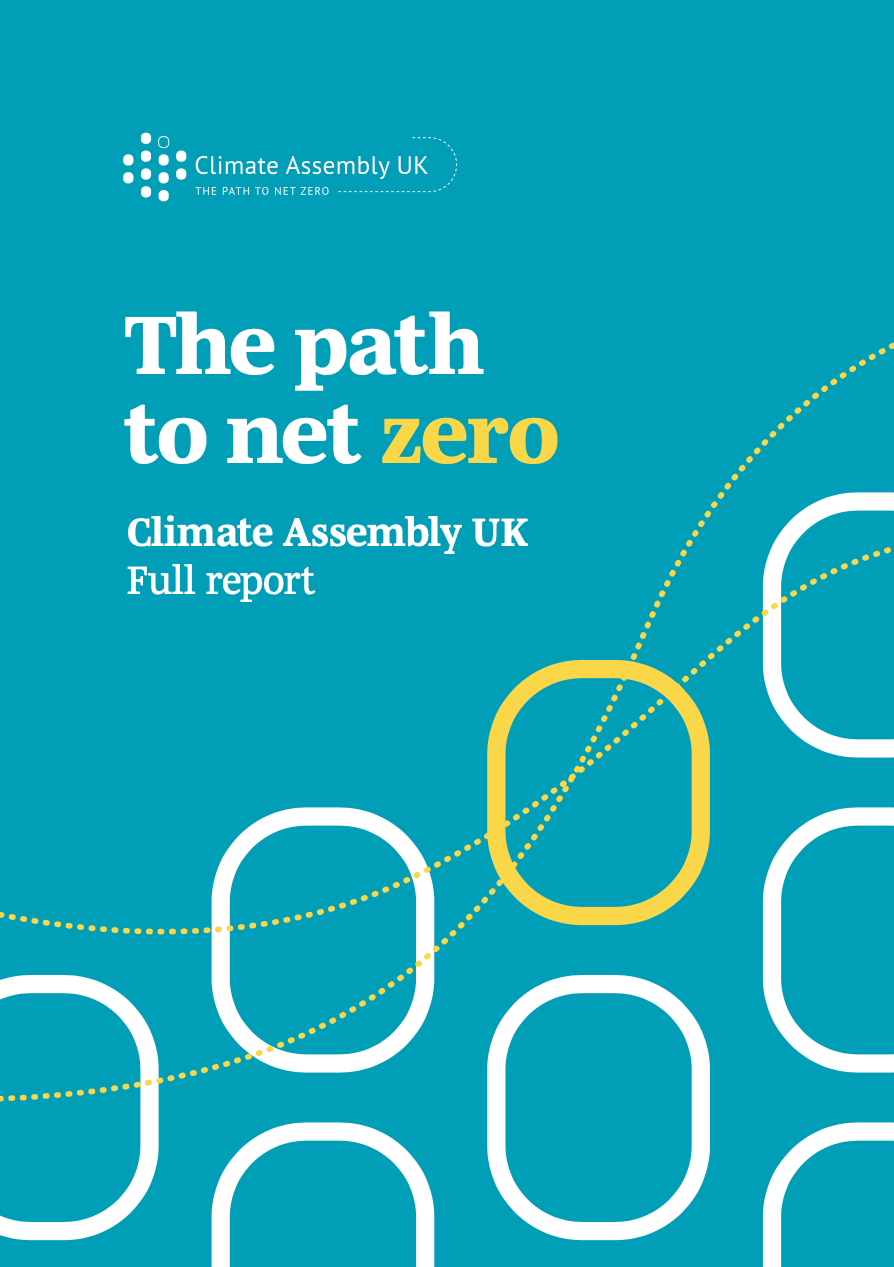 Climate Assembly UK’s report, The Path to Net Zero, shows how a representative sample of the population believe the UK should meet its net zero emissions commitment with detailed recommendations across ten areas including: how we travel; what we eat and how we use the land; what we buy; heat and energy use in the home; how we generate our electricity; and greenhouse gas removals.

A guide to the report

The report begins with forewords from the commissioning select committee Chairs and the assembly’s Expert Leads that place the assembly and its report in context.

These forewords are followed by an opening statement from the assembly members that highlights the key themes emerging from their recommendations.

The Executive Summary provides an overview of the key considerations and conditions agreed by Assembly members as well as the balance of support for each recommendation.

Chapter 1 then provides detail of the assembly's process and membership.

Chapters 2 - 11 outline in depth the assembly’s recommendations and the rationale behind them.

Chapter 1 provides detail of the assembly's process and membership.

Chapters 2 -11 of the report details assembly members’ views on the advantages and disadvantages - including the trade-offs and co-benefits - of different ways of reaching net zero, and the results of the votes by secret ballot that followed.

A snapshot of the Assembly's recommendations and links to each individual chapter are below:

In total, the report contains over 50 recommendations for policy measures designed to meet the net zero target by 2050.

The report also conveys Assembly members’ agreement on themes that recurred throughout their discussions, on the need for:

It also stresses the assembly’s support for protecting and restoring nature, and the value of ‘co-benefits’ to tackling climate change, such as improved health, advantages for local communities, high streets and the economy, including by the promotion of innovation in technology. It calls on policy makers to make use of the report as an “invaluable resource” for decision making.

Read the news story about the report here.